Points of sale, blocks and territories

This article presents the main data elements of a territory manager, and how these data interact with each other.

Points of sales are the features we want to create territories for. They are registered in a point layer, to which any attribute data can be joined. 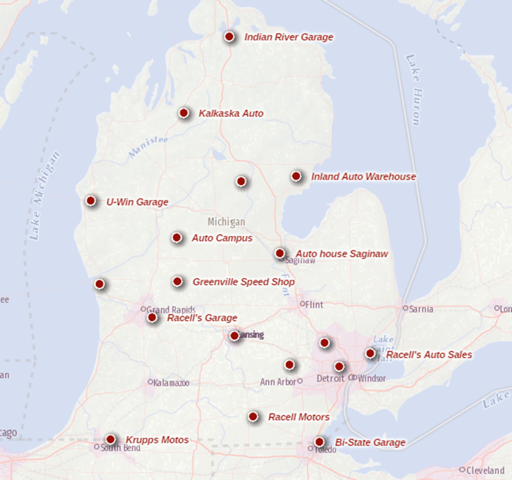 Points of sales are here displayed as red points. The Territory Manager aims to visualize, analyze, and manage sales territory for each of these points.

Blocks are geographic units and are what territories are made of. A territory is an aggregation of several blocks. 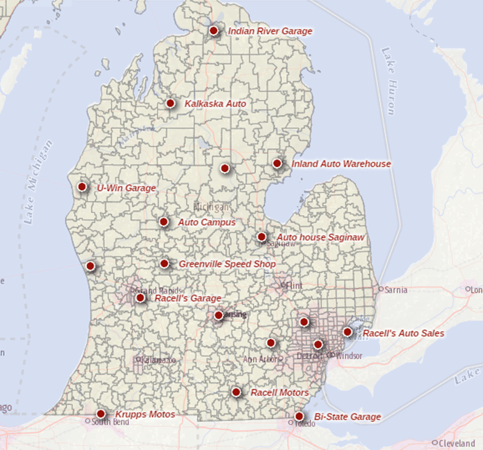 In our example map, blocks are Postal Codes in Michigan. Blocks can also be municipalities, dissemination areas, etc.

An aggregation of blocks

Territories are what links blocks and points of sale. A territory is an aggregation of blocks, associated with a point of sale. Each territory is divided into different zones. By default, zones are concentric: this allows you to partition your territory depending on a 20min / 30min / 40min drive time for instance. 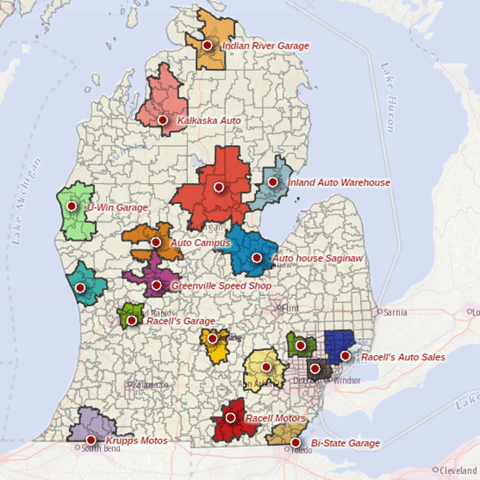 All territories have a status. They can either be:

The Territory Manager interface allows you to visualize the status of any territory, and modify it.

Territories also have attribute data, that comes from:

We can see this attribute data in the table view. The column “Name” comes from the point of sales, whereas the columns “Households count” and “Total Industry sales” come from the block aggregation.

The Territory Manager can also allow you to visualize on the map any contextual data: competitors, points of interest, etc.